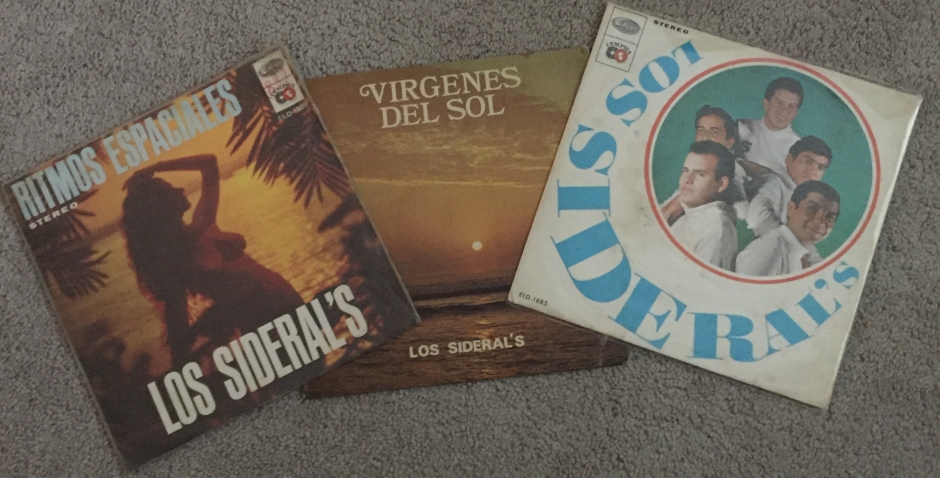 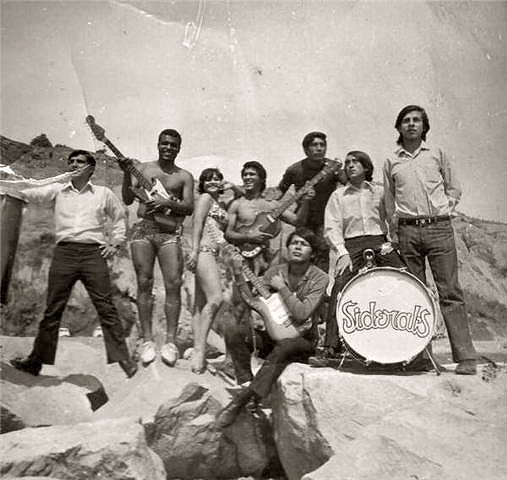 Hailing from Ayacucho, south of Lima and nestled in the country’s interior, the band was made up of (as per the 1st LP’s back cover):

It should be noted that many of the tracks from the LPs have subtle organ on the tracks, but the player is not credited. I also find it interesting that Hector Raul Valdez was credited as the “director” of the group, yet the lead guitarist is who has the few original song credits, go figure.

It was a challenge to try to figure out what the translation for “sideral” would be in English. Best I can tell the band would be called “The Astrals” in English. Provided the grand influence of Los Destellos (i.e., The Sparkles) on popular Peruvian music in the 1960’s, I have to think the celestial theme associated with Enrique Delgado had an impact here.

The Group released two LPs for Odeon, and a third compilation LP of songs from the first two LPs, save for Dejame Llorar, La Pampa Y La Puna, the compilation album was all instrumentals.

Both LPs contain a lot of covers. ‘Virgenes Del Sol’ starts things off, the classic Peruvian tune penned by Jorge Bravo De Rueda is done here with the surf treatment in style similar to that of that found on the first Belkings LP. Cuban songwriter Ernesto Lecuona’s ‘Siboney’ is up next, done in a similar style. Covering our geography, next the band has a cover of the Chilean group Los Atomos’ song ‘Dejame Llorar.’ This tune is followed by ‘Risque’ (misspelled as ‘Rimski’ on the back cover) (balada) and ‘La Avispa’ (cumbia), both tunes are simply marked “der. reservados” (i.e., rights reserved–whose rights is a mystery to me). This first side is closed with the vocal ‘Luz de Luna’ by the Mexican balladeer Alvaro Carillo.

The second side begins wtih Moises Vivanco’s, the Peruvian charanga player and Yma Sumac’s ex, ‘Amor Indio.’ Next up is the bolero ‘Perfidia’ by Mexican songwriter Alberto Dominguez. The next two songs ‘Llorando en la Noche’ and ‘Hippie’ are credited to the lead guitarist Aquiles Orellana G. ‘Acuarela del Rio’ is up next by the Chilean songwriter Abel Montes. The album closes with the vocal track ‘Poco Puedo Darte,’ but you may also recognize it as a cover of the Monkees hit ‘A Little Bit Me, A Little Bit You’ (penned by no other than Neal Diamond.).

The second LP opens with the famed ‘El Condor Pasa’ by Daniel Robles, true to the bands aesthetic this is up tempo in a surf style. Next is ‘Toma Mi Corazon’ (balada) simply stating D.R. (derechos reservados). The third track is by Carlos Saco, the Peruvian composer, titled ‘Cuando El Indio Llora.’ The next two tracks are credited to Los Sideral’s lead guitarist Aquiles Orellana: both ‘Miluska’ and ‘July’ (vocal) are ‘baladas.’ The second LP’s side one ends with ‘Facundo,’ (vocal) again listing simply ‘D.R.’

The second side of the second LP opens with ‘Abril En Portugal’ a D.R. cumbia (it appears this is the song Coimbra by Portugese composer Raul Ferrão). The next tune is ‘Carnavalito Boliviano Humahuaqueno’ by Argentine composer Edmundo Zalvidar. This track was the single for the album, with the B side as ‘El Condor Pasa.’ The third track on side 2 is ‘Romance’ by Enrique Orihuela. Followed by Tango En Mi Guitarra (D.R.) and ‘Faltas Tu,’ the last track by the lead guitarrist Aquile (and one of the few vocal tracks). The album ends with classic song La Pampa Y La Puna by Carlos Valderrama and Ricardo Stubbs (vocal). 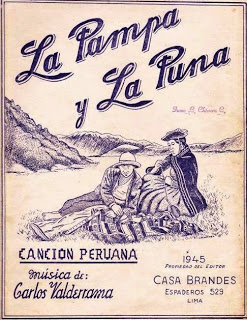