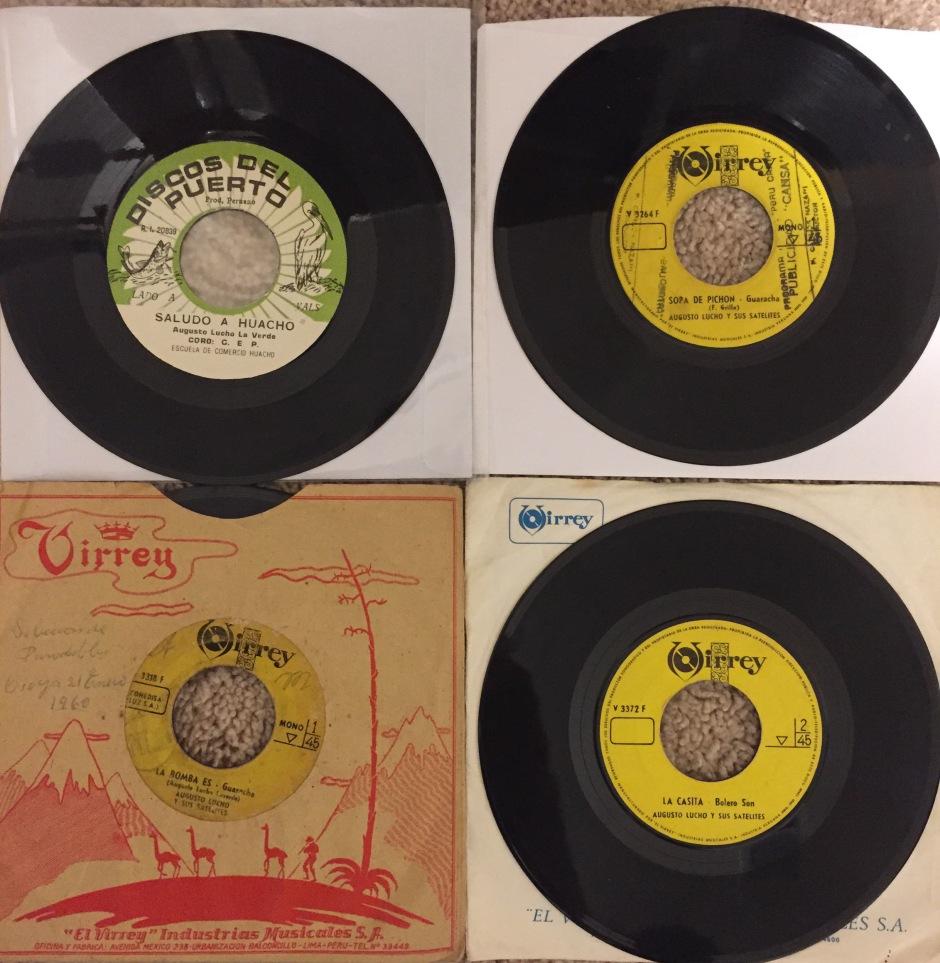 Hailing from Huacho, Peru (about 140 km, or two hours north of Lima) Carlos Augusto Lucho Laverda was an earlier pioneer in the wah-wah (gua-gua) sound of Peruvian cumbia. Maximiliano Chavez, of Los Orientales de Paramonga fame, cited him as an influential guitarist that first gave him the idea to emulate that trademark tone. Aside from this I know nothing else of the artist.

Recording under the moniker “Augusto Lucho Y Sus Satelites” Augusto and his band cut a number of tracks for Virrey records. As far as I know three of these releases are:

All are credited to Augusto, save for the first 45 RPM which credits Sopa de Pichon to “F. Grillo” and Los Duendes to Augusto and “J. Diaz.” Augusto Lucho Y Sus Satelites sound is full and vibrant, and most tracks save for the Bolero are upbeat and filled out by brass.

A presumably later release was discovered on a label called “Dicos Del Puerto,” which credits a track to “Augusto Lucho La Verde” and is of a completely different style and likely of less interest to readers of the blog. Nonetheless a clip is included.

Check the clip for a taste  of all of the above. Songs are in chronological order.